Today we drove into El Rosario to the clinic where Alex works. Many, many people come to this clinic for medical help who would not receive care otherwise. It was a joy to be able to provide spiritual “healing” to them as well. We were able to bring an all-in-one printer and a few other things the clinic had need of. While there we had the opportunity to pass out small gift bags with necessities to the children. Much needed items like, paper, pens, toothbrushes, toothpaste, small toys, and tracts. We were also able to give the parents some bags and flashlights as well as gospel of John’s and suckers to all. 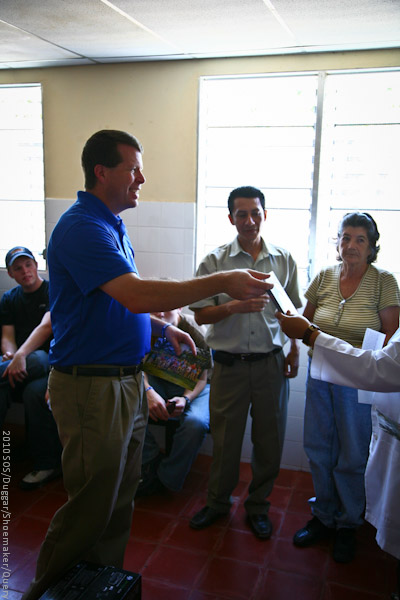 We then continued into San Salvador to the capital building where we were to meet the governor of the state La Esperanza is located in. Over the years SOS has formed a great relationship with this neat Christian lady. She is highly regarded within her government and is a great light for Christ. We were ushered in a back gate and bypassed THREE separate layers of security and screenings and taken directly to the 14th floor (top) of the capital to the vice presidents counsel/cabinet meeting room. We were able to present her with a copy of the Duggar’s book, flowers, and DVD’s of one of the seasons from the Duggar’s TLC show to share with each of the other state governors. During the meeting they were able to discuss the work SOS had done in the wake of the mudslides last year at the governor’s request. We were also able to talk about the extremely long process of adoption from an El Salvadorian orphanage. She then surprised us and took us down a floor and simply walked into the middle of a cabinet meeting and introduced us to all the cabinet members and asked Jim Bob to share a bit about his family and the work we were doing. We were then able to pray with and for each of them and their departments and then personally meet and shake hands with them. We met the Secretary of Education, one of the top Generals, Director of Police, Secretary of State, and many others. God has truly given SOS a good name. 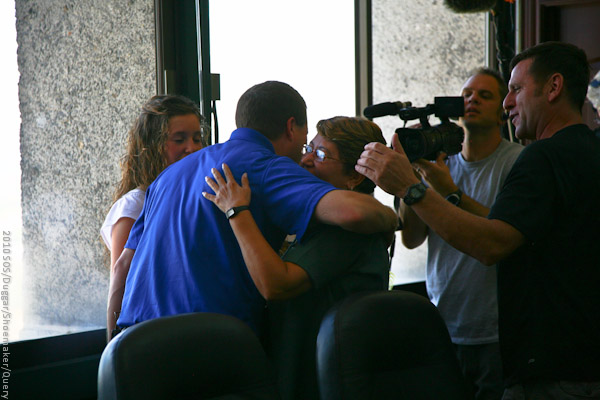 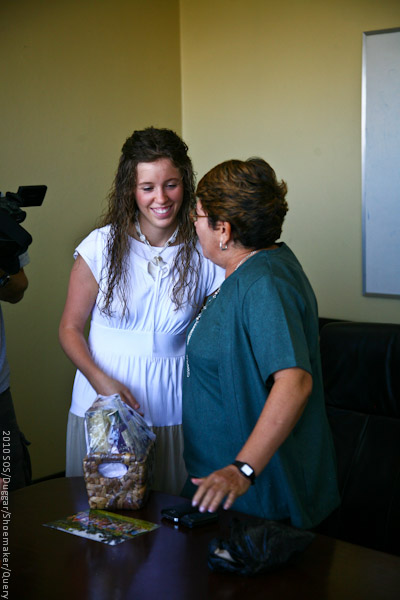 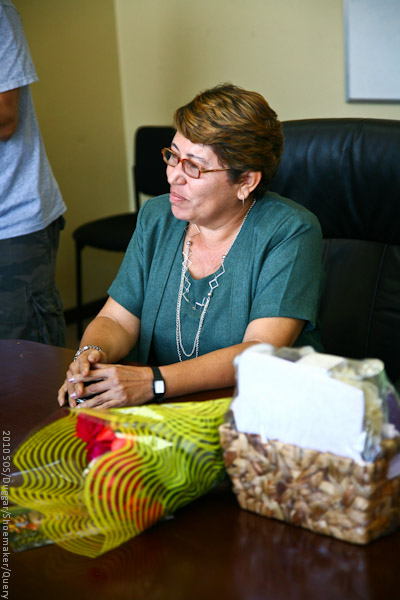 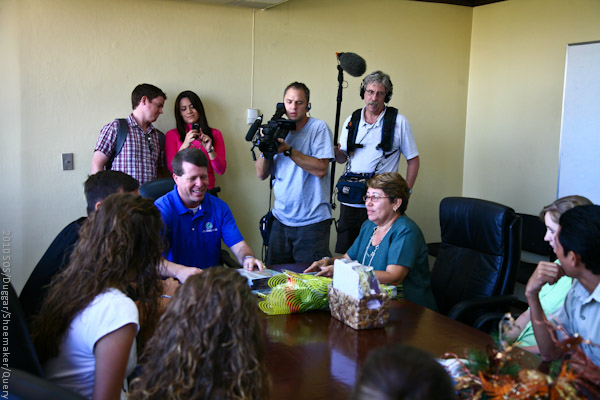 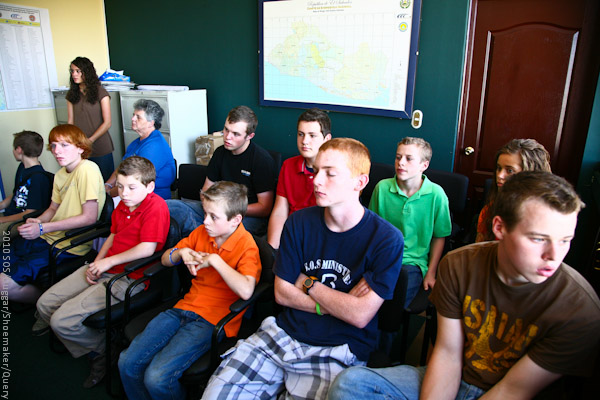 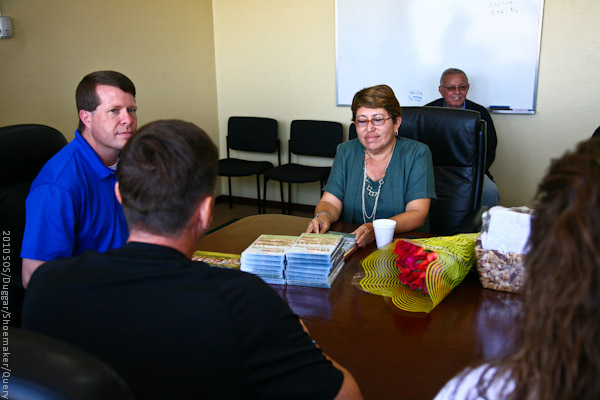 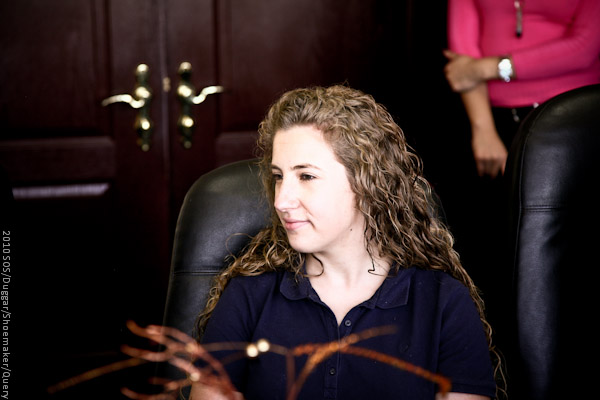 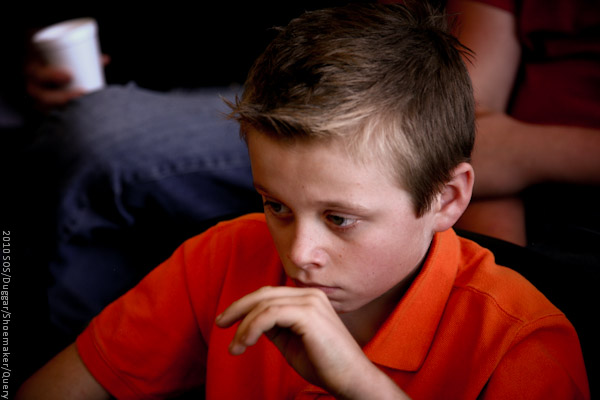 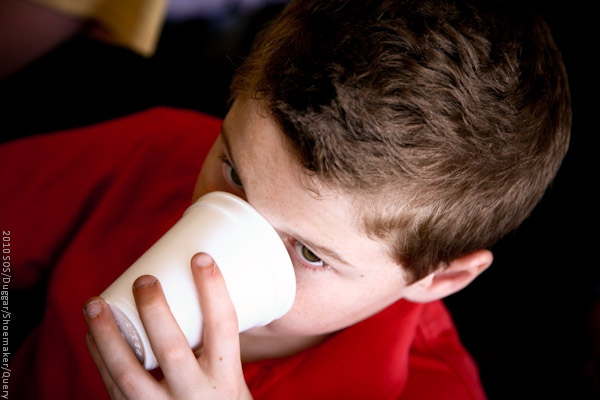 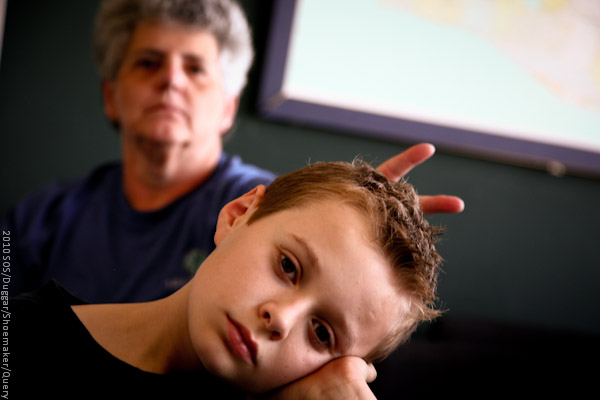 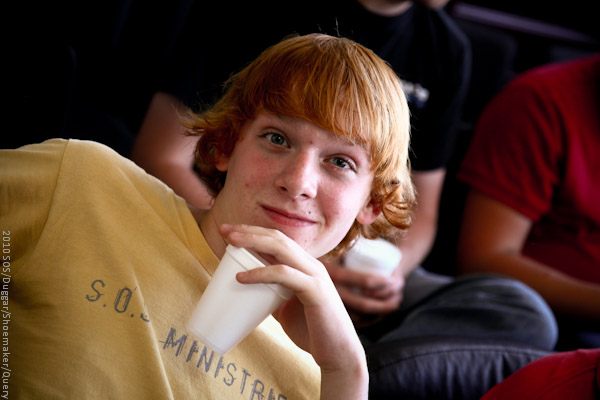 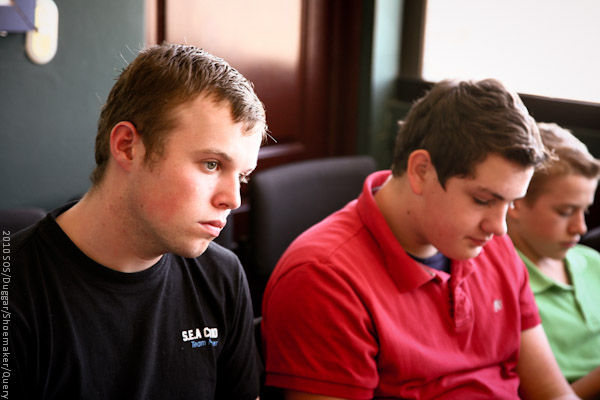 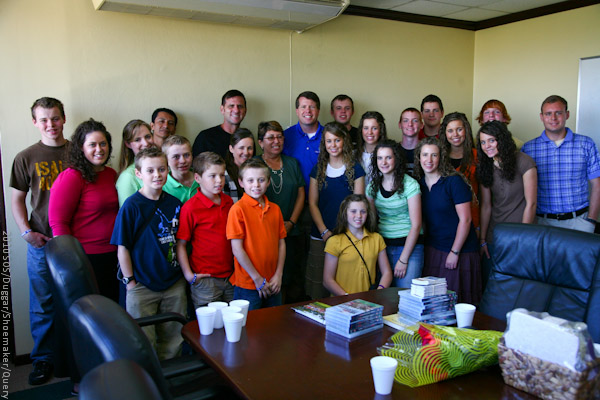 After the capital we stopped for lunch at Burger King. From Burger King we went shopping for more candy and food to distribute as well as supplies for the mission. Next door to the grocery store we visited the hardware store and Mr. Duggar ordered new fans for the auditorium at La Esperanza that was without working fans. We also picked up the tools that we would need and a ladder. While shopping we ran into one of the families from the church as they were wrapping up their shopping in San Salvador. So we had them join up with us and they rode back saving the bus money and enjoying fellowship with us. As was custom with any bus ride there was once again lots of singing. On this trip both Mike and Alex got closed in the door of the bus... This bus must have been super fancy for over there because it has electric doors. :-)
We arrived back just in time to unload the bus and get ready for the evening service.  Most of the younger ones found time to run into the kitchen and eat. Most of the older ones were too busy unloading or getting little people ready to eat. As the days have gone on we have caught on to more and more of the Spanish songs. After an extended praise and worship time Mike shared the evening’s message. He shared from Acts 24:24-26   about the 4 aspects of the gospel that Paul would preach.
After the service Dave and I began removing the existing burned up ceiling fans, tracing the wiring to the switches, removing the old transformer switches, and preparing everything for the new fans to arrive the next day. Michael and Spencer also jumped in and lent a helping hand.
Today we had two new team members join us from the states from Florida. It was great to get to know them as well. With heavy eyes we crashed into bed and after talking for a while fell asleep.
Posted by Richard Shoemaker III at 5:00 AM