Thought of the Day! 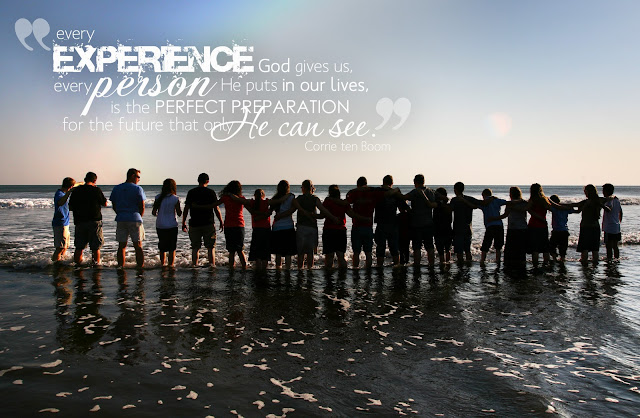 The most amazing thing about this picture is not just the lives touched that this picture represents but the unity of the team. God melded this team together on this trip like non other. I have never been apart of a missions trip team that was so focused on one goal and one mission. The story behind this picture is one of that teamwork. Several of us were talking about how cool it would be to get a picture like this. So armed with that thought we did it. But it was a team effort. My camera, Mrs Query taking the picture, I made a few initial edits to the picture, Aaress posted the quote, Melanie saw the quote and picture and combined the two. And now was have a memorial just like the people of Israel when God would command them to set up memorials. Why? So that when their children saw it they would ask, "What did GOD do here?" We are the BODY!

First of 10 post about the trip: http://richardshoemakeriii.blogspot.com/2011/01/el-salvador-2010.html
Posted by Richard Shoemaker III at 9:54 PM

this is really awesome!

Beautiful! Love the quote too.

Awesome picture, amazing quote... full of people that is ready to Serve Jesus.. Praying u guys have a great and blessed time in El Salvador